Little Babette’s Big Adventures into the Vast World of Veganism

My bestest friend in the whole entire world is Babette Phillips. So much so that my own family regards her as my sister & her family invited me to her Brother Wedding at their home in France & offered me a dinner plate when I had nowhere to go at Christmas. She’s the Jam to my Doughnut. My lost sock. My Partner in Crime. The bestest friend & I’m the luckiest person. 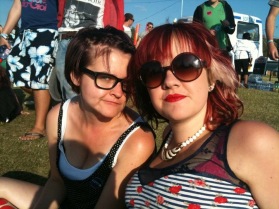 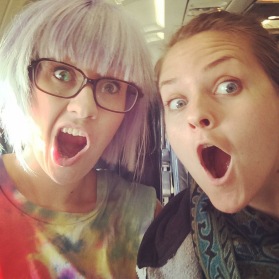 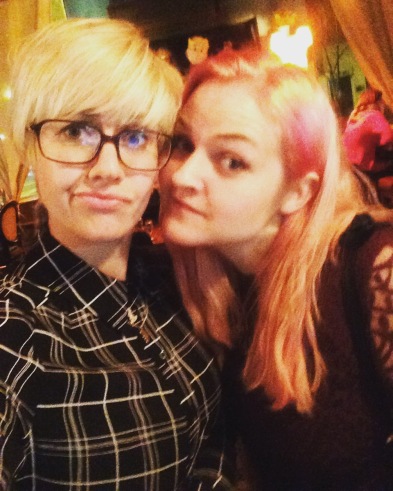 I set her the challenge ‘Do Veganuary’ – she accepted. Her boyfriend has jumped on the bandwagon too. Which is great news. Let me tell you about Babs & her boyfriend, Ben. They have been together for six years & are currently living in London. They both have a strong interest in the film industry. Ben works as a Freelance Editor. Babs works for a Cake Baking Company in Soho. Ben is a Yorkshire boy & Babs is French wench & has been brought up by her wonderfully French Mother to love Cheese, Meats & Breads.

I lived with Babs for over two years while we were at The University of Worcester & after we finished. We have been on holiday together a number of times & I visit the couple in London several times a year. She attends all the Vegfest with me & always takes an interest in my blogs. She is well versed in the way of a meat free life. She often drinks Coconut milk & cooks as a Vegetarian would. As a result of this I would suggest they are Reducetarians. Yes that is a word. A new word.

It is an identity, community, and movement. It is composed of individuals who are committed to eating less meat  – red meat, poultry, seafood, and the flesh of any other animal. The concept is appealing because not everyone is able or willing to completely eliminate meat from their diet.

However now they are taking Reducetarianism to a new level with Veganuary. I’ll stop talking now & let Babette do a little.

Why am I going Vegan for a month?

Anyone who knows me, even a little bit, would think I’m mental for going vegan for a month as I am the biggest lover of cheese! It’s literally the first thing I say when I meet anyone, ‘Hi my name is Babette and I love cheese.’

It probably boils down to the fact I’m half French and grew up in France were you would, pretty much, finish every dinner with a selection of cheeses and salad. So it was hot wired into me from birth and I also really love the taste!

So why give up something I love so much for a month… Well you see, Hana held a gun to my head and said ‘YOU MUST BE VEGAN FOR A MONTH!’ … Nah! I joke! To be honest I wanted to see if I could do it, give up cheese… and all the other things that come with being vegan.

I’m also a great lover of the planet we live on and I think we need to take better care of it. I believe the way we are currently living isn’t sustainable and we will have to eat less meat as the population grows… Surely we are going to run out of space?! The deforestation and global warming caused due to our eating habits are worrying for the future of our planet and I for one would like to create some changes if this helps the environment. I realise there’s a hell of a lot of things I could change about my lifestyle to help the environment more, but I’m taking it one step at a time. So for now I’ll be vegan for a month and see how that pans out.

Thankfully, my lover boy is also joining me on this adventure, which is great as we can support each other, but mostly be in awe of some of the amazing food we will discover along the way. I believe so many people are stuck in their ‘meat and two veg’ lifestyle that we forget they are brilliant things to be made with a vegan diet. When I told my mum I was going vegan for a month and would cook dinner for my family, she began listing the foods I wouldn’t be able to eat and asked if I would be able to find ingredients to cook dinner in Ramsgate… What, Ramsgate doesn’t sell vegetables…?

But trust me, I’m not all about eating fruit and vegetables, I have a ridiculous sweet tooth and I’ve already scouted accidental vegan sweets! I’ll also be on a hunt for any vegan treats I can find around London. London has a wide range of vegan food at my disposal to feast on so I’m looking forward to explore them. As well as cooking some tasty meals at home.

So there you have it. Little Babette’s Big Adventures into the Vast World of Veganism. May the story continue… 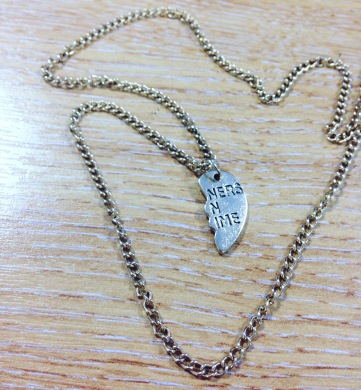